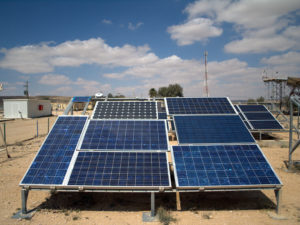 There’s a conservative case to be made for solar energy subsidies, according to Vassar and Columbia behavioural economist Ben Ho, who served as lead energy economist for George W. Bush’s Council of Economic Advisors from 2006 to 2007.

“Solar, long viewed through the lens of crony capitalism, has shown the ability to inject real market competition in energy distribution, one of the last monopolies in the energy sector, while improving the efficiency of the grid and putting more dollars in the pockets of middle-class Americans,” Ho writes in the New York Times. “Conservatives, in other words, need to take another look at solar.”

Solar prices are falling rapidly, and solar employs twice as many Americans as coal mining, but those aren’t the only arguments for subsidies. “Consumers want choice,” Ho notes. “Unfortunately, in most markets around the country, electricity is still one of the few areas where we have virtually no choice over our supplier. Imagine you want to buy a GM car, but you were told you can buy only a Toyota. You’d be outraged—yet this is how almost all Americans are forced to procure their electricity.”

Conservatives claim the solar industry only functions because of government subsidies. But Ho notes that all new technologies face hurdles on the road to full commercialization.

“Government research labs and subsidies have supported a number of forms of energy—from nuclear energy, to hydraulic fracturing, to photovoltaic solar,” he writes. And in the U.S., according to the non-partisan Congressional Research Service, “total government support for the oil and gas sector over the years dwarfs the amount of support for the solar industry.”