Renewables Poised for Record Year in 2016 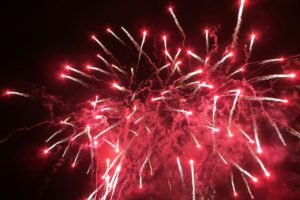 Crashing oil and gas prices won’t be enough to hold off a global boom in renewable energy development in 2016, with wind and solar power both poised for a record-breaking year.

“Renewables have turned a corner in a fundamental way,” said Dan Reicher, executive director of the Steyer-Taylor Center for Energy Policy and Finance at Stanford University. “The early-stage investments from Silicon Valley for clean energy were small potatoes compared to the massive investments Wall Street is making. It truly is a global business.”

“Orders for 2016 solar and wind installations are up sharply, from the United States to China to the developing economies of Africa and Latin America, all in defiance of stubbornly low prices for coal and natural gas,” the Washington Post reports. “Installations of wind turbines and solar panels soared in 2015 as utility companies went on a worldwide building binge, taking advantage of falling prices for clean technology as well as an improving regulatory and investment climate.”

In the United States, “both industries have seen stock prices jump since Congress approved an extension of tax credits for renewables as part of last month’s US$1.14 trillion budget deal.”

The renewable energy boom is partly a matter of better, more affordable technology, partly due to “better access to financing, as major Wall Street investment houses adopt a more bullish posture toward an industry that was once considered financially risky,” Warrick writes. “In November, Goldman Sachs announced it was quadrupling its investments in renewables to US$150 billion.”

The Post cites growing momentum in China, India, and African nations, as well as the United States. But “energy experts caution that renewables still have far to go. Wind and solar together account for only about 6% of U.S. electricity generation, compared with about 39% for coal. And wind and solar companies have yet to conquer the biggest challenge for renewables: how to cheaply store energy so it is reliably available on cloudy or calm days.”