France took advantage of the United Nations climate summit in Paris to promote its 4 Pour 1,000 Initiative, an effort to lock more carbon in the world’s soils by changing agricultural practices, particularly in developing countries. 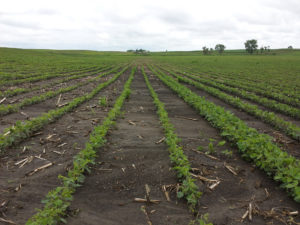 “It’s a bit of a scientific dream, but we have a lot of evidence that supports this dream,” Jean-Paul Moatti, CEO of the French Research Institute for Development, told SciDevNet. The project description for 4 Pour 1,000 states that a 0.4% annual increase in carbon stocks in the top 40 centimetres of soil, plus an end to deforestation, would be enough to offset carbon emissions from human activity.

“To achieve this, the plan suggests five practices,” Rabesandratana writes: “Not leaving the soil bare, to curb carbon losses from erosion; restoring degraded land; planting trees and growing legumes that increase levels of the plant nutrient nitrogen in the soil; feeding soil with manure; and conserving water at the base of plants to boost their growth.”

While France is looking for project support from the UN’s Green Climate Fund, “a group of humanitarian and development NGOs called Coordination SUD have raised concerns about the type of funds that may be used to finance the initiative,” SciDevNet notes. “It fears that without proper oversight, the use of private sector funds could lead to land grabbing.”