Coal Will Be ‘Vilified Like Slave Traders’, Industry Exec Predicts

The global climate agreement in Paris has prompted at least one observer to compare the coal industry to the slave trade—and that observer is a coal executive, not one of the industry’s many critics. 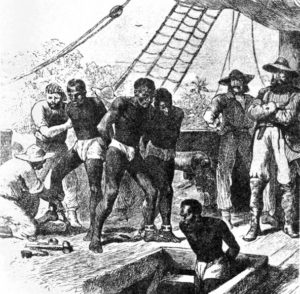 The effort at the UN climate summit to begin bringing dangerous carbon emissions under control means the industry “will be hated and vilified, in the same way that the slave traders were once hated and vilified,” said Brian Ricketts, Secretary-General of the European Association for Coal and Lignite (Euracoal).

“You might be relieved that the agreement is weak. Don’t be. The words and legal basis no longer matter,” Ricketts wrote in a notice to members. “Fossil fuels are portrayed by the UN as public enemy number one.”

He added that “the climate bandwagon is rolling and gathering speed such that the fossil fuel industry will spend the coming years and decades in the spotlight for all the wrong reasons.” But “this is not a sustainable position, and the industry should no longer acquiesce.”

Ricketts, a former International Energy Agency coal specialist who left the organization in 2010, described EU carbon reduction commitments as a “laboratory experiment,” complaining that “the rule of law is being replaced by mob rule” reflected in the Paris Agreement. “The ballot box is seen as an inadequate tool by those who know better than the ‘man in the street’ about complicated problems such as climate change,” he wrote.