The poorest 50% of the population in the United States produce four times as much carbon pollution as the richest 10% in India, according to the Extreme Carbon Inequality report released last week by Oxfam International. 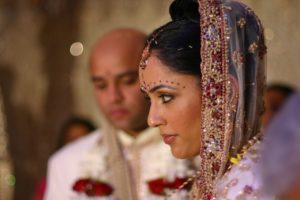 “Lifestyle consumption emissions—the carbon footprint associated with goods and services consumed—are also much lower among the richest citizens of emerging economies than among the wealthy in developed nations,” the Wall Street Journal reports. “India’s rich probably have lower emissions than the U.S.’s poor, because wealth is relative.”

“They may not own a car, they might live in a smaller house, or have a less carbon-intensive diet because they eat less meat,” said Oxfam’s Tim Gore.

“India is presented as a big emerging economy, a powerhouse seen through the lens of coal emissions and other things. But it also has a population hugely vulnerable to climate change,” he added.

“Oxfam says India’s poorest citizens will be among those most affected by climate change, even though they have contributed least to global warming,” Abrams writes. And “it’s not just the U.S. that dwarfed India’s carbon footprint per capita. The poorest half of India’s population, about 600 million people, has a carbon footprint almost the same size as the richest 10% of Japan, around 12 million people.”