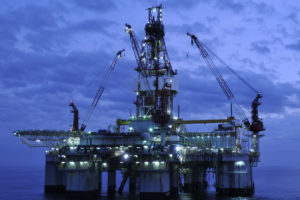 By reducing the cost that fossil companies would otherwise pay for capital, subsidies also tilt the playing field against clean and green financing, he added.

Carbon Tracker’s financial analysts have developed the concept of a fossil fuel risk premium to reflect the factors that could affect future demand for fossil products, including the growing success and falling cost of clean technology, the rising cost of fossil exploration and extraction, energy efficiency, and global climate policy.

“This is a risk premium that many in the energy markets do not see, and subsidies are one factor masking the true fossil fuel risk premium,” Hobley told participants. “Financial market professionals are ultimately concerned about risks and rewards, and they only put money into a coal mine or an oil or gas field if they think the potential reward exceeds the risk.” Masking market realities “makes it more likely that project will go ahead.”

He identified the Powder River Basin in the United States and the Seaborne coal market in Australia as industry segments that depend heavily on subsidies. In a scenario where fossil fuels that exceed a global carbon budget must stay in the ground, “there’s a higher correlation between high-cost projects that are receiving production subsidies and those that sit above the 2º threshold,” he added.

Earlier in the session, Overseas Development Institute Research Fellow Shelagh Whitley noted that, while movements promoting fossil fuel disclosure and divestment have made great strides, they have little or no impact on the 70% of global fossil fuel production that is government-owned. “A number of these companies may not have the same disclosure requirements, and they may not be listed on a stock exchange,” she said. So it will be important to determine how and whether they can be influenced to shift out of fossil fuels, and whether they can play a role in building a green economy.

Public finance plays a major role in the international fossil trade, Whitley added, with Japan, China, and the United Kingdom providing support to more than 30 countries. Many state-owned enterprises in the fossil sector might benefit from double- or triple-dipping by receiving direct support and possibly public financing from their own governments, then collecting national subsidies in the countries where they operate.

ODI also produced 15 case studies of countries that had attempted fossil fuel subsidy reform. While 13 of the studies focused on consumption subsidies, the researchers looked at efforts to shift producer tax breaks in the Canadian tar sands/oil sands, as well as subsidies for Germany’s coal industry.

Whitley reminded the group that the discussion of subsidies is a double-edged sword. “It’s important to keep in mind that this is not just about subsidies possibly causing perverse effects or adverse conditions because they’re being dedicated to fossil fuels,” she said. “All the tools we highlight in our research could just as easily be used in the energy transition” to support clean energy and energy efficiency.

For example, in her campaign for the Democratic presidential nomination in the United States, ex-Secretary of State Hillary Clinton proposed a $30 billion package of public funding to support a just transition in coal communities in Appalachia. The plan contains the kind of complementary measures that “can help support job development, job creation, and new business creation in a region that is moving away from coal mining.”

In a Thursday release at the conference, meanwhile, Oil Change International revealed that Australia, Canada, France, Germany, Italy, Japan, the United Kingdom and the U.S. collectively spend $80 billion per year on fossil subsidies, 40 times as much as they’ve pledged for global climate finance in support of the Paris agreement.

“Eliminating fossil fuel subsidies could be a massive double win,” said senior campaigner Alex Doukas. “It would stop a huge waste of public money that’s driving the climate crisis, while at the same time freeing up money that can help poor countries adapt to the impacts of climate change and make the shift to renewable energy.”