Most Americans Support Climate Policies, Canadians Not So Much

According to a New York Times/CBS News Poll, 66% of Americans say the U.S. should join a binding international agreement to limit greenhouse gas emissions, while 63% said they would support domestic policies limiting carbon emissions from power plants. That same enthusiasm doesn’t carry across the border into Canada however. 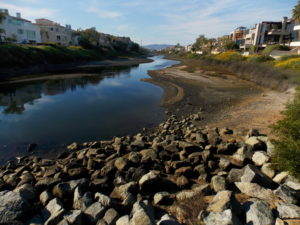 Domestic support for both international and national climate change action may give U.S. negotiators room for more muscular lobbying at this week’s World Climate Summit in Paris. President Obama and his administration have cautioned that any agreement the U.S. signs would require ratification by the majority-Republican Senate. Many Congressional Republicans and Republican governors oppose Obama’s proposal to limit power plant emissions, complicating his ambition to achieve international emission cuts.

The party of the right may be behind its citizens however. David Waskow, director of the International Climate Initiative at the World Resources Institute, says there has been a shift in American mentality on climate change since the last climate summit six years ago: “There’s much more awareness of issues like sea level rise, water scarcity and climate instability.”

Canadians, however, seem to be missing the urgency. A day after near-record numbers of Canadians demonstrated their support for climate action in Ottawa and other cities, the Montreal Gazette reported that Canadians seem unsure whether climate change is worth doing anything about. According to researcher Erik Lachapelle, 82% of Canadians are aware of climate change, but only half accept the overwhelming scientific consensus that it is mainly caused by human emissions, and requires a human response. Improving public understanding is important, Lachapelle said, “If we’re going to get the significant behavioural changes we need to make reductions in carbon emissions.”