A global target below 1.5ºC of average global warming was front and centre Monday evening as the Climate Vulnerable Forum issued a call for full decarbonization of the world economy, a zero-emissions target, and 100% renewable energy by 2050. 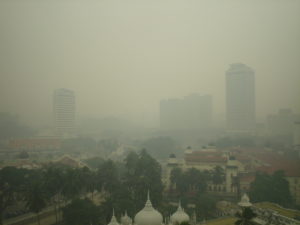 While the Forum was established in 2009 with 20 members, the Climate Action Network reported that 43 countries joined the declaration.

“Individually, we are already survivors,” said Philippines President Benigno Aquino III. “Collectively, we are a force towards a fairer, more climate-proactive world.”

“We refuse to be the sacrifice of the international community in Paris,” added Bangladesh Environment Minister Anwar Hossain Manju. “Anything that takes our survival off the table is a red line. All parties have an obligation to act. Not to do so is a crime.”

The Climate Vulnerable Forum’s communiqué earned it a rare Ray of the Day award from the Climate Action Network. While CAN bestows its Fossil of the Day award most days of the annual UN climate summit, “the Ray is a rare thing. It’s only given out when extraordinary things happen,” the Network explains. “This declaration is so big, so bold, that it makes lots of the other countries…look like fossils.”