Research groups from Canada and Germany have come out swinging against a big international initiative to harness genetically engineered crops for climate adaptation and mitigation. ETC Group, based in Ottawa, and Berlin’s Heinrich Böll Foundation urge negotiators in a report to reject so-called “Climate-Smart Agriculture,” backed by governments, industry, and the UN’s Food and Agriculture Organization (FAO), as “specious.” 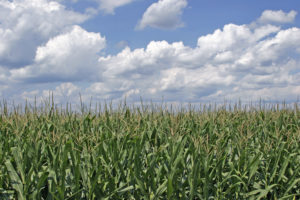 Initially conceived at the FAO and later formally launched with the support of the United States Department of Agriculture, the Global Alliance for Climate-Smart Agriculture (GACSA) has drawn support from public and private sector agricultural scientists with claims to offer “an approach to developing the technical, policy and investment conditions to achieve sustainable agricultural development for food security under climate change.” Canada, the United States, and the UK are among the initiative’s state sponsors; Starbucks, Unilever, Dow, and Diageo among those from industry. The program is co-chaired, according to the two foundations, by Monsanto.

Their report, “Outsmarting Nature? Synthetic Biology and Climate Smart Agriculture”, says the initiative relies almost exclusively on what it calls synthetic biology—or “genetic engineering on steroids”—the use of genetic material as a construction kit for life forms and features that are entirely novel in nature. Among research being advanced as “Climate-Smart,” the report identifies: the manipulation of photosynthesis—the basis of plant energy production; self-fertilizing plants that fix nitrogen in soil (something some crops, but not all, do naturally); and reinforcing the dependence of crops on proprietary chemical pesticides.
The report says the Climate-Smart Agriculture initiative is active at the Paris World Climate Summit lobbying delegations to explicitly endorse “synthetic biology’s made-from-scratch living organisms and designer crops [as] essential adaptation and mitigation strategies.” It urges negotiators to reject any endorsement that might have the effect of “steering the Convention’s Green Climate Fund resources toward specious Climate-Smart projects that distract from real solutions to build resilience.” Instead, it urges “farmer-led strategies for climate change survival and adaptation…with the direct involvement of farming communities.”