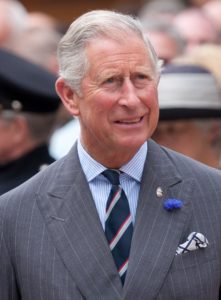 “Fossil fuel subsidy reform is the missing piece of the climate change puzzle,” Key told a mid-day event on the first day of the UN climate summit in Paris. “Their elimination would represent one-seventh of the effort needed to achieve our target of ensuring global temperatures do not rise by more than 2°C.

“As with any subsidy reform, change will take courage and strong political will, but with oil prices at record lows and the global focus on a low-carbon future, the timing for this reform has never been better.”

The communiqué “calls on the international community to increase efforts to phase out perverse subsidies to fossil fuels by promoting policy transparency, ambitious reform and targeted support for the poorest,” DeSmog Blog reports.

“These subsidies contribute to the inefficient use of fossil fuels, undermine the development of energy-efficient technologies, act as a drag on clean, green energy deployment and, in many developing countries, do little to assist the poorest of the poor in the first place,” Figueres said in accepting the communiqué. “The huge sums involved globally could be better spent on schools, health care, renewable energies, and building resilient societies.”

But even as the communiqué was transmitted, there was word that Australia had withdrawn from the list of signatories, following “a revolt by backbenchers within the Liberal-National government and intense lobbying by farming and mining interests,” the UK-based Financial Times reported. “Australia’s failure to sign the communiqué, which aspirational rather than a binding legal commitment, underscores the difficulty that world leaders face in supporting action to tackle climate change that threatens vested interests.”

In the weeks leading up to the Paris summit, Oil Change International reported that the G2 countries alone spend US$452 billion per year on fossil fuel subsidies. Earlier in the year, the International Monetary Fund placed the figure at more than $10 million per minute, every minute of every day of the year. At the time, eminent UK climate economist Lord Nicholas Stern commented that “a more complete estimate of the costs due to climate change would show the implicit subsidies for fossil fuels are much bigger even than this report suggests.”

Later in the day, New Zealand walked away with one-half of the Climate Action Network’s coveted Fossil of the Day Award “for rather hilariously, or not, urging countries to phase out fossil fuel subsidies while shelling out big bucks to prop up fossil fuel production to the tune of $80 million.”