A coal phase-out and a 30% renewable energy target by 2030 are key components of the provincial climate change strategy released yesterday by Alberta Premier Rachel Notley. 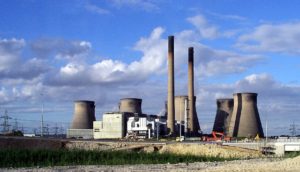 The C$3 billion per year the province raises from its carbon will be invested in renewable energy or used to offset higher energy costs for consumers.

“Our goal is to become one of the world’s most progressive and forward-looking energy producers,” Notley said. “We are turning the page on the mistaken policies of the past, policies that have failed to provide the leadership our province needed.”

CBC reports that “three principles will shape the coal phase-out: maintaining reliability; providing reasonable stability in prices to consumers and business; and ensuring that capital is not unnecessarily stranded.” Two-thirds of the province’s coal generation will be replaced by renewable energy, primarily wind, while the rest will be taken up by natural gas.

As for the carbon tax, “a portion of revenues will be invested into measures to reduce pollution, including clean-energy research and technology; green infrastructure, such as public transit; and programs to help Albertans reduce their energy use,” CBC notes. “Other revenues will be invested in an adjustment fund that will help individuals and families make ends meet and provide transition support to small businesses, First Nations, and people working in affected coal facilities.”

The plan earned almost unanimous positive reviews, from the tar sands/oil sands industry to Greenpeace. “On behalf of Canadian Natural Resources Ltd., my colleagues from Suncor, Cenovus, and Shell, we applaud Premier Notley for giving us, to provide us the position of leadership on climate policy,” said CNRL Chair Murray Edwards. “This plan will make one of the world’s largest oil-producing regions a leader in addressing the climate change challenge,” added Suncor CEO Steve Williams.

Greenpeace spokesperson Mike Hudema said the plan would help slow down Alberta’s carbon emissions, diversify its economy, and create jobs, but noted that it lacked targets for actual emission reductions. “Targets give an important signal to business, let the world know where Alberta is headed, and help ensure that direction leads to the reductions that science and equity demand,” he said.

Broadbent Institute Executive Director Rick Smith called the announcement an 11 on the “public policy Richter scale”, adding that “in one fell swoop today, Premier Rachel Notley’s decisive and visionary leadership is increasing the diversity and stability of the Alberta—and Canadian—economies and repositioning them to best advantage for the future.” Pembina Institute Executive Director Ed Whittingham added that “phasing out coal-fired electricity, and ensuring renewable electricity is a big part of the replacement generation, is perhaps the most important thing the world can do to avoid dangerous climate change.”