It isn’t too late to hold average global warming to 1.5ºC (2.7ºF) over pre-industrial times, the UN climate secretariat concluded last week, in a report released less than two weeks before a make-or-break global climate summit convenes in Paris. 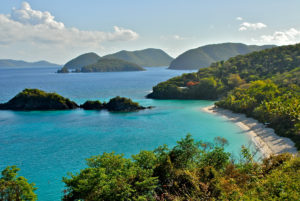 The 1.5º target “has been forgotten by many,” reports ClimateCentral’s John Upton, but “will be playing out in the negotiating halls” in Paris.

“We definitely think that staying below 2º is still very possible,” UN Climate Secretary Christiana Figueres told media last week. “Getting down to the range of 1.5 should not be taken off the table, either.”

Upton notes that “the longing by low-lying nations to limit warming to 1.5°C has been overshadowed since 2010 by a preoccupation by many with the less ambitious goal,” arrived at during the 2009 UN climate summit in Copenhagen. But a UN study released in May “concluded that adopting the 1.5°C alternative would be technically feasible, and that meeting it would come with a ‘high likelihood of meaningful differences’ compared with allowing earth to warm by 2°C.”

That means “the scientific finding is that 2º is not enough,” said Seychelles negotiator Ronnie Jumeau. “1.5 is what the low-lying, small island developing states need for their survival.”

Upton cites climate scientist Michael Mann and low-carbon energy researcher Mark Jacobson arguing that 1.5ºC is achievable. But he also points to “a growing fatigue among some experts over what they see as an overemphasis on the 2°C goal. The goal is an oblique one, since rising temperatures are one of the long-term knock-on effects of rising levels of greenhouse gas pollution.”