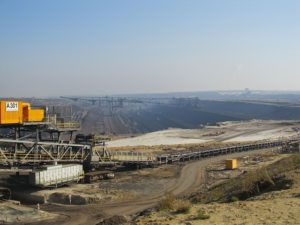 Members of the Organisation for Economic Cooperation and Development (OECD) have agreed to eliminate most of their export financing for coal plants after a “concerted push” by the United States, the Washington Post reports.

“This agreement is a sign that using scarce public financing to support overseas coal expansion is coming to an end,” said Jake Schmidt, director of NRDC’s international program. “It will help spur more renewable energy opportunities by redirecting this financing towards climate solutions instead of climate destruction.”

U.S. officials said OECD countries had helped finance more than $35 billion in new coal-fired generation over the last seven years. “According to leaked OECD documents, its export credits supported projects accounting for 23% of the approximate 15.3 gigawatts of new global annual coal power capacity installed outside of China between 2005 and 2012,” the Post reports.

The U.S., France, the World Bank, the European Investment Bank, and the European Bank for Reconstruction and Development had been pushing countries like Japan and South Korea to follow their previous decision to cut exports credits for inefficient coal plants.