Three associations representing “nearly every oil and gas company in the world” are seeking intervenor status after 21 American youth, supported by climate scientist Dr. James Hansen, filed a constitutional challenge against the U.S. government for failing to act on climate change. 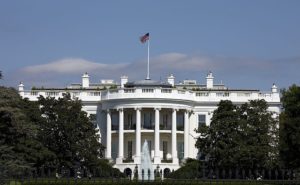 The action by the American Fuel and Petrochemical Manufacturers, the American Petroleum Institute, and the National Association of Manufacturers positions them alongside the Obama administration in fighting the lawsuit.

“The biggest fossil fuel polluters on the planet, including Exxon and Koch Industries, just asked the court for permission to argue that young people don’t have a constitutional right to life if it means reducing fossil fuel use,” said lead counsel Julia Olson, Executive Director for Our Children’s Trust. “This case asks the court to order what the industry fears most: a national plan using the best science we’ve got to try to leave clean air and a healthy climate to our kids.”

“Our government and the fossil fuel industry have known for decades that fossil fuel extraction, production, and consumption would destroy our climate,” added attorney Philip Gregory of Cotchett, Pitre & McCarthy. “That’s why this case is significant: a court needs to order our government to protect our kids and future generations.”

The fossils’ intervention “argues that the court should focus on short-term economic benefits over a stable climate,” EcoWatch reports. “The industry claims that while ‘reducing greenhouse gas emissions in order to bring atmospheric carbon dioxide levels down to 350 parts per million would abate some of the future risks of climate change, those reductions would nevertheless not be ‘appropriate’ if the future potential benefits would be outweighed by, for instance, enormous losses in productivity and economic development.”

In Cancún, Mexico, meanwhile, 113 youth won a court battle against a 69-hectare, US$900-million development that would have cleared a large swath of mangrove forest. “If we cut everything down then we’re going to die,” four-year-old plaintiff Ana told Quartz. “Trees help us breathe.”