Reliance Power, one of India’s three biggest electric power conglomerates, may be in the midst of a rapid transition out of coal. 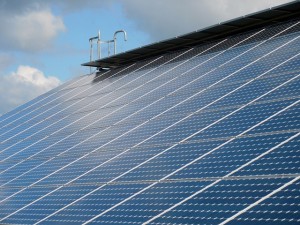 “Public statements, company reports, and press coverage all point to a shift from coal-fired electricity generation to renewables,” the IEEFA reports. “Reliance in the past five years has received approval to build five of the world’s largest thermal power projects. Only one of these proposals has been commissioned, however, and that one has been problematic. Groundbreaking has not occurred on the other four.”

This may mean the company has realized “that its former strategy was out of step with the policy direction of the Indian government, which began last year in earnest to transform the country’s electricity sector,” the IEEFA suggests. While Reliance has been one of India’s few profitable private power companies in recent years, its share value has plummeted, from Rs450 in 2007/08 to Rs49 today.

And while Reliance’s 3,960-megawatt Sasan coal station recently received positive coverage in a leaked draft of an International Energy Agency report, the story “didn’t mention that Reliance has been trying to unload that troubled project onto the Indian government,” and is now seeking a second government bailout for the plant.

The company appointed a new CEO last month. And “at its recent 2015 annual shareholders meeting, Reliance stressed that its growth plan entails 6 gigawatts of solar and 5.2 gigawatts of hydro project development in India,” Buckley and Sharda write. Reliance is “effectively ceasing most of its Indian thermal electricity-capacity expansions to pursue its renewable energy expansion strategy.”