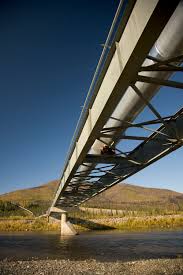 “After extensive public outreach,” Obama said, “the State Department has decided that the Keystone XL pipeline would not serve the national interests of the United States. I agree with that decision.”

After seven years of occupying “what I frankly consider an over-inflated role in our political discourse,” he added that Keystone “became a symbol too often used as a campaign cudgel by both parties, rather than a serious policy matter.”

Obama said he had notified Canadian Prime Minister Justin Trudeau of the rejection. While Trudeau expressed disappointment with the decision, “we agreed our close friendship on a whole range of issues…should provide the basis for even closer cooperation between our countries,” the President told reporters.

Obama explained he had rejected Keystone because it would not make a meaningful contribution to the U.S. economy, would not affect domestic gasoline prices that are already falling, and would have little impact on his country’s strategy “to reduce our reliance on dirty fossil fuels from unstable parts of the world.” Instead, “while our politics have been consumed with a debate over whether this pipeline would create jobs or lower gas prices, we’ve gone ahead and created jobs and lowered gas prices.”

Approving Keystone would also have undermined U.S. global leadership on climate change just weeks before the UN summit convenes in Paris, Obama said. “The time to act is now,” he affirmed. “Not later. Not some day. Right here. Right now.”

Reaction from the climate and energy community was swift and effusive.

“THANK YOU to everyone in the movement who fought to defeat Keystone XL…this victory belongs to you,” 350.org tweeted less than an hour before the announcement. “President Obama’s courage today is a reflection of the courage of thousands of people who took bold action” against the controversial project.

“President Obama is the first world leader to reject a project because of its effect on the climate,” 350.org co-founder Bill McKibben added in a longer post minutes later. “That gives him new stature as an environmental leader, and it eloquently confirms the five years and millions of hours of work that people of every kind put into this fight.”

“.@POTUS shows bold leadership, calls for us to begin to ‘Leave it in the ground,'” tweeted Anthony Swift, Director of NRDC’s Canada Program.

“Addressing climate impacts is the new normal for major energy infrastructure projects,” said Simon Dyer, Alberta Director at the Pembina Institute. So “this decision should not come as a surprise. The U.S. government previously articulated a number of concerns with the climate impacts of the crude oil that would flow through Keystone XL. Canada still has no federal regulations for carbon emissions from our oil and gas sector, and Alberta’s existing emissions regulation has not been able to cut carbon emissions from the oilsands.”

“Obama’s rejection of Keystone XL demonstrates historic leadership by saying no to new fossil fuel infrastructure. For the first time, a pipeline has been rejected because it puts our climate at risk—a litmus test that the new Canadian government should adopt,” said Adam Scott, Climate and Energy Program Manager at Toronto-based Environmental Defence.

“We have hope that the Prime Minister will accept that we cannot protect the climate and approve new pipelines at the same time,” Scott added. “Doing so is a contradiction.”

In the days leading up to Obama’s announcement, there was speculation that a rejection for Keystone would add momentum for approval of the Energy East pipeline, a 1.1-million-barrel-per-day proposal to carry tar sands/oil sands oil from Alberta to an export terminal at Saint John, New Brunswick. Yesterday, TransCanada—the company behind both projects—announced it had abandoned efforts to build a second port for Energy East in Quebec.

That move was expected to complicate the company’s efforts to win project approval. On the NRDC blog yesterday, Policy Analyst Josh Axelrod cast the decision as “the beginning of the end” for yet another controversial pipeline proposal.

“The marine impacts of Energy East are likely insurmountable hurdles to its ever being built,” he wrote. “Nonetheless, a host of other challenges face TransCanada as it continues its desperate attempts to build massive oil pipelines in a climate-constrained world. With the cancellation of a Quebec port, already-flagging support for the project in the province will almost certainly fall further as the economic benefits once promised to Quebeckers disappear.”