Rising renewable energy use in the United States is beginning to cut into the capacity factors of competing fossil fuel plants, undermining a key advantage for coal and natural gas that will only continue eroding as renewables become more prominent in the energy mix. 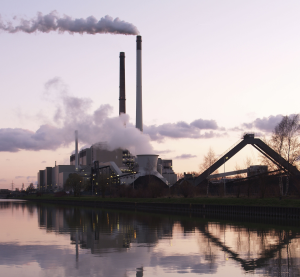 A power plant’s “capacity factor” is calculated by multiplying its rated output by the percentage of the time it can operate. A 100-megawatt solar farm that only generates when the sun shines might have a 20% capacity factor, so its actual value to customers is just 20 MW. By contrast, the average U.S. natural gas plant might operate at 70% capacity…until now.

“For the first time, widespread adoption of renewables is effectively lowering the capacity factor for fossil fuels,” Bloomberg reports. “That’s because once a solar or wind project is built, the marginal cost of the electricity it produces is pretty much zero—free electricity—while coal and gas plants require more fuel for every new watt produced. If you’re a power company with a choice, you choose the free stuff every time.”

Solar and wind only represented about 5% of U.S. electricity generation in 2014. But “production has been rising at an exponential rate, and those two energy sources are now big enough to influence when coal and natural gas plants are kept running,” Randall adds, citing research by Bloomberg New Energy Finance.

As the tide turns toward renewable electricity, the shift in capacity factors represents “a serious new risk” for power companies and investors looking at new coal or natural gas development. “Historically, a high capacity factor has been a fixed input in the cost calculation,” Bloomberg notes. “But now, anyone contemplating a billion-dollar power plant with an anticipated lifespan of decades must consider the possibility that as time goes on, the plant will be used less than when its doors first open.”