100% Renewable Transition Could Require 4B Tonnes of Raw Material 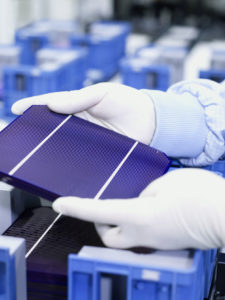 The totals represent just 1% of annual production for cement and 8% for iron, but 14% for aluminum and 33% for copper.

The estimate is based on an eco-efficient version of a “modern” lifestyle in which everyone had access to 13,000 kWh of energy per year.

“Once these materials have been extracted once, the metals can theoretically be recycled indefinitely, meaning that we’re talking about a short-term burst of new material use to get everything installed, from which point onwards we’ll be able to get most of what we need from recycling the old turbines, panels, and so on,” writes researcher and activist Danny Chivers. “Ideally, we would get these materials by diverting production away from less socially useful consumer junk into the sustainable technology that we actually need, so there’d be no net increase in mining.”

But “what if our shift to a renewable future requires us to pull an extra four billion tonnes of material out of the ground over the next 25 years?” he asks. “There is no such thing as zero-impact mining; it is one of the most notoriously destructive, poisonous, and corrupt industries in the world.”