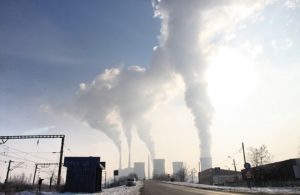 The greatest hope for a breakthrough global deal at the UN climate summit in Paris this fall rests with the “transformation in the cost and efficiency of renewables,” The Guardian wrote in an editorial yesterday.

With 140 countries and all major carbon emitters meeting the October 1 deadline to submit their Intended Nationally Determined Contributions (INDCs) to the UN climate secretariat, a Climate Action Tracker produced by four European research groups calculated that the accumulated commitments translated to a 2.7ºC increase in average global warming over pre-industrial times. U.S.-based Climate Interactive projected 3.5ºC. Climate scientists are urging a maximum threshold of 2ºC or, better still, a “buffer zone” of 1.5ºC.

But the Guardian sees “reasons to be cheerful” in the national commitments and the momentum toward Paris. “There is still a hard road ahead, but progress on tackling the causes of global warming has far outstripped expectations,” the paper writes.

The editorial identifies two tough challenges on the road to a deal in Paris. “One is agreeing the question of how, and how often, to monitor the progress of individual countries towards the targets they have themselves set, all the more difficult after the VW emissions scandal knocked the shine off public confidence in self-regulation.”

“The other, even more important for the countries most threatened by higher sea levels and extreme weather events, is agreeing who will pay what into the $100-billion fund set up to help countries mitigate the effects of climate change and help them to adapt their energy supplies to green technology.”

But The Guardian sees cause for optimism: the rise of renewable energy, U.S. President Barack Obama’s push for climate action, growing calls to divest fossil fuel investments and leave carbon-emitting fuels in the ground, and the possibility that Pope Francis “reset political debate” with his focus on the moral imperative to tackle climate change. “The battle is far from won,” the editorial concludes, “but there are reasons to hope that victory is possible.”