Algae-based fuels may be on the verge of a make-or-break moment, and Biofuels Digest says the outcome may depend on the increasingly clouded future of carbon capture and storage (CCS) technologies. 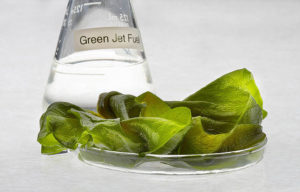 “The future of algae and cyanobacteria-based technologies—as we look at the really big markets in fuels—comes down to one factor that opens or shuts the door on the economics. That’s the availability, price, and regulatory status of waste carbon in gas form,” reports Biofuels Digest.

While the cost of merchant gaseous carbon dioxide translates into “non-starter economics for fuels,” there’s an opportunity in gaseous waste carbon, Lane writes.

“In the case of carbon monoxide, it always has to be carefully handled and processed, and venting of CO2 without economic penalty will eventually become as rare as smoking in restaurants, and for many of the same reasons,” he notes. “Because of processing costs and disposal issues, industrial biotechnologies have an opportunity to be part of a solution, and an alternative to carbon capture and storage.”

The good news for algae is that CCS “doesn’t pay off under any scenario of interest.” That’s why the U.S. Department of Energy “has written off carbon capture retrofit technology as completely unfeasible,” Lane explains. “Using CCS with a conventional coal-fired power plant is in the 10¢ to 16¢ range per kilowatt-hour over the life of the plant.” CCS adds 62 to 82% to the capital cost of a new generation station, at a time when “CCS costs are heading up and solar is heading down—both, rapidly.”