Stage is Set for a Landmark Climate Deal in Paris

All the essential elements are in place for a landmark climate deal in Paris later this year that far exceeds the limited results of the Copenhagen climate conference in 2009, the last time world leaders thought a game-changing agreement might be possible. 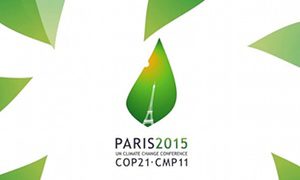 Even if there is little prospect that the Paris summit will deliver the international commitments required to hold average global warming to 2ºC, much less 1.5º, “there finally is momentum,” said David Waskow, director of climate initiatives at the Washington, DC-based World Resources Institute. “The arrows are all pointing in the right direction.”

“It is light-years different from Copenhagen,” added UN spokesperson Nick Nuttall. “The Paris agreement will happen. Let’s see how ambitious it will be, but we think it will be a good one.”

It all adds up to an unfamiliar tone in the lead-up to the UN conference in Paris November 30-December 12. “Optimism’s not a mood usually associated with global warming,” Nussbaum writes. “Yet when President Barack Obama, Pope Francis, and other world leaders start gathering in New York next week, they’ll be in sight of a goal that seemed unattainable just a few years ago: an agreement that may actually slow the pace of rising temperatures.”

Bloomberg attributes the turnaround to “a host of developments: a half-decade of increasingly irrefutable science pointing to the dangers of a warmer world, from extended droughts to rising sea levels and raging forest fires; a veritable revolution in clean energy that’s offered more affordable alternatives to fossil fuels; and years of diplomacy designed to bring fast-growing nations like China and India into the fold for pollution limits.”

Nussbaum notes that key issues—beginning with the $100 billion in climate aid that industrialized countries have promised the developing world—have yet to be hammered out. And the structure of the negotiations means governments will be agreeing to voluntary greenhouse gas reduction targets, rather than a mandatory global goal.

“The big plus is we will have every country committing to their contribution,” said Nigel Topping, CEO of London-based We Mean Business. “The challenge is whether they add up to enough action.”