California began the fall season with a small wave of big fossil fuel divestment decisions, including a state Assembly bill directing two giant pension funds to drop their coal stocks and a decision by the University of California system to sell its coal and tar sands/oil sands investments.

The Assembly bill “will require the California Public Employees’ Retirement System (CalPERS) and California State Teachers’ Retirement System (CalSTRS)—which combined are responsible for $476 billion in assets—to remove all holdings in companies that get at least half of their revenue from coal mining,” ThinkProgress reports. “The divestment would have to be completed by July 2017,” and would be the first of its kind in the U.S. 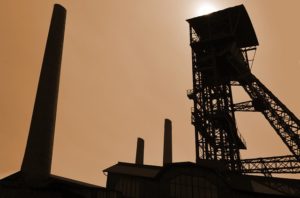 “Coal is the fuel of the past and it’s no longer a wise investment for our pensioners,” said Assemblyman Rob Bonta, who sponsored the bill. “Coal is losing value quickly and investing in coal is a losing proposition for our retirees,” agreed Senate President Pro Tem Kevin de León. “It’s a nuisance to public health, and it’s inconsistent with our values as a state on the forefront of efforts to address global climate change.”

University of California Chief Investment Officer Jagdeep Bachher announced the institution had completed its $200-million sell-off “in response to both environmental concerns and rising financial risk in those industries,” the Los Angeles Times reports. “UC’s investment pull-out was done gradually and without fanfare over several months, officials said. The moves involved only direct stock holdings and not investments in mutual funds, which may still include some coal and oil sands companies.”

In a transcript of a meeting of the UC regents’ investment committee, Bachher stated that “slowing global demand, an increasingly unfavourable regulatory environment, and a high threat of substitution pose insurmountable challenges to coal mining companies,” adding that “sustainability issues” made the tar sands/oil sands an unacceptably risky bet.