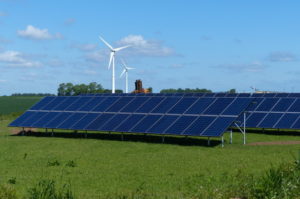 “There really is no overstating how big this year is for climate change,” said White House Chief of Staff Denis McDonough Wednesday. “We will finalize a stronger rule.”

Citing “a person familiar with the rule,” Bloomberg says the final version of the CPP “will allow deeper cuts in carbon emissions in the long term while giving more flexibility to states that must implement the rule.” In defence of the rule, the White House “is preparing arguments to show it will both boost the economy and end up leaving consumers paying lower energy bills.”

The draft rule, released in June 2014, had taken fire from U.S. utilities for what they claimed was an unrealistic implementation timeline that could threaten grid reliability, and from clean energy and climate analysts who believed the Clean Power Plan could go much farther in phasing out fossil fuels and cutting greenhouse gas emissions.

“Even with more time, however, the final rule could change in a way that would reward states for accelerating their pursuit of solar or wind projects,” Drajem writes. “New estimates of solar costs, which show a drop as production costs fall, could also prompt a bigger share of renewable growth,” and the EPA “is considering a plan to give credit to renewable projects that start before the rule kicks in.”

On grist.org, correspondent Clayton Aldern cautions that delays in implementing the Clean Power Plan could make it harder for the United States to meet its international greenhouse gas commitments.

“The United States just told the UN that it would reduce its greenhouse gas emissions by 26–28% of 2005 levels by 2025. Which is pretty soon—especially if states have longer to curb their power plant emissions,” Aldern writes.

“The Clean Power Plan is a major mechanism for hitting the target the U.S. submitted to the UN, so the more time states have to draw up and adhere to new standards, the more difficult it could be for the country to follow through on its pledge.” (h/t to Midwest Energy News for first pointing us to this story)