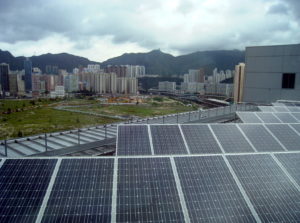 China is posting some massive numbers for its growing solar photovoltaic market, but analysts are beginning to question how well the projects are actually performing.

The country’s figures for installed capacity tell a powerful story, Greentech reports. “As of June, the country had installed a cumulative 35 gigawatts of projects—an impressive feat considering that its domestic PV market was virtually nonexistent five years ago.”

And now, China’s solar industry is running into limitations in grid capacity. “Across the country, solar power plants are fighting with coal plants for access to the grid while nationwide growth in electricity consumption slows,” he notes. “In many cases, solar is losing. According to Chinese government data released this week, 9% of the country’s solar output was curtailed through the first half of the year due to grid constraints.”

While solar generated 19 TWh of electricity and China installed another 7.7 GW capacity in the first half of the year, Greentech warns curtailment could create financial problems for developers. “Idle capacity cuts into the feed-in tariff payments that solar plants receive, and indicates there is a larger problem of weak electricity consumption,” said GTM Research senior analyst Adam James.