The U.S. Bureau of Safety and Environmental Enforcement authorized Shell to begin drilling two exploratory wells in the Chukchi Sea, despite damage to one of the two icebreakers Shell sent north to stand by in case of a blowout.

With the ship out of action—and the safety equipment onboard unavailable at the drill site—Shell has permission to drill the top sections of the wells, but not to push into areas that are believed to contain oil and gas. 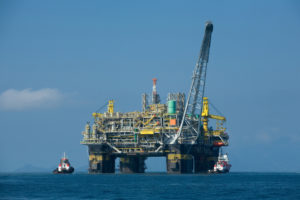 “This is a tremendously disappointing decision that poses a serious, long-term threat to the fragile environment of the Arctic Ocean,” said engineer Lois Epstein, director of The Wilderness Society’s Arctic program. “There are two things certain about offshore drilling in the Arctic: things will go wrong, and the oil industry isn’t ready.”

The icebreaker, the Fennica, was damaged July 3 when it “scraped into a shallow shoal and tore a 39-inch by 2-inch gash in its hull,” the Washington Post reports. “The Coast Guard is investigating, but some areas along the ship’s route could be shallower than shown in surveys conducted decades ago.” The episode was the latest in a series of mishaps with Shell’s drilling fleet.

In a blog post on The Hill, physicist Tony Bernhardt of Environmental Entrepreneurs argued that Arctic drilling would “blow out” the U.S. carbon budget.

“Development of Arctic wells would threaten our goal of an 80% reduction in emissions by 2050 and also threaten our efforts to keep global warming below 2ºC—a benchmark confirmed earlier this month by G7 countries,” he wrote.

“Opening up vast areas of the Arctic Ocean for oil drilling risks undermining these gains because after initial development of wells, Arctic Ocean oil production could continue for many decades—triggering carbon pollution the science dictates we cannot sustain if we are serious about our obligation to protect our planet for future generations.”