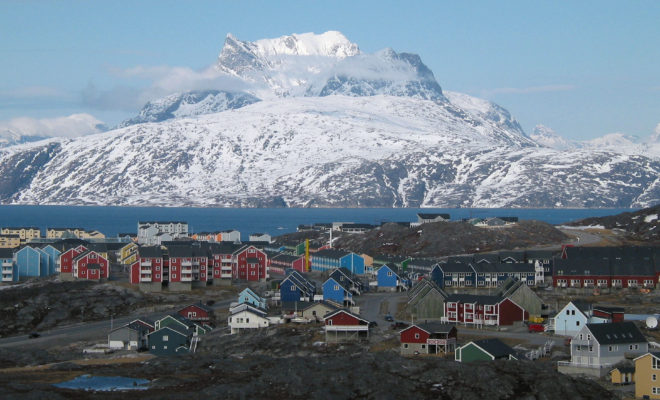 Climate pioneer James Hansen’s contention that “2ºC global warming is highly dangerous” for ice melt, sea level rise, and superstorms is now open for review and critique in Atmospheric Chemistry and Physics Discussion, an online journal from the European Geophysics Union in which peer review takes the form of public comment.

“The study raises the possibility of a more rapid rate of sea level rise in this century than forecast by the UN’s Intergovernmental Panel on Climate Change, whose research is widely regarded as the gold standard of climate research—but also often criticized for being too conservative,” the Washington Post reports.

“The study postulates that this faster sea level rise, brought on by the melting of parts of Antarctica and Greenland, could lead to a number of climate change ‘feedbacks’ that could shut down the oceans’ circulation; stratify the polar seas with warmer waters trapped below cold surface layers; increase the temperature difference between low and high latitudes; and generate stronger storms.”

“If the ocean continues to accumulate heat and increase melting of marine-terminating ice shelves of Antarctica and Greenland, a point will be reached at which it is impossible to avoid large-scale ice sheet disintegration with sea level rise of at least several meters,” write [4] Hansen and 16 co-authors. “It is unlikely that coastal cities or low-lying areas such as Bangladesh, European lowlands, and large portions of the United States eastern coast and northeast China plains could be protected against such large sea level rise.”

The Post noted that the study is already drawing sharp criticism, with climate scientist Kevin Trenberth of the U.S. National Center for Atmospheric Research asserting that “there are way too many assumptions and extrapolations for anything here to be taken seriously other than to promote further studies.”

Other climate specialists critiqued the study, but said they shared the overall concern about sea level rise and melting ice caps, particularly if warming exceeds 2ºC.