Methane emissions in the Barnett Shale in Texas are 50% higher than U.S. Environmental Protection Agency estimates, according to 11 new research papers published last week by the Environmental Defense Fund in the journal Environmental Science & Technology. 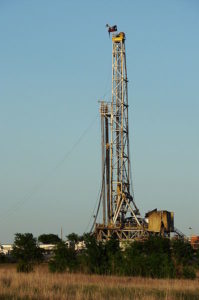 Methane is at least 34 times more potent a greenhouse gas than carbon dioxide.

“The EDF-sponsored research adds to a growing body of work on the amount of methane leaking from natural gas operations, and the results are crucial for understanding whether natural gas will accelerate or delay the effects of climate change as it’s increasingly used in place of coal,” InsideClimate News reports.

Song and Hirji write that the Barnett research “is a major part of EDF’s $18 million methane study series.” The studies “used both ‘top-down’ methods—where emissions are measured from aircraft over a large area—and ‘bottom-up’ methods, where emission sources such as pneumatic valves and compression stations are individually measured and tallied up. Both methods showed that a large portion of the leaks come from a relatively small number of ‘super-emitters.’”

InsideClimate notes that EDF has been praised for the scope of the studies and its researchers’ “unprecedented access to well sites,” but criticized for working too closely with industry.