Tesla Giga-Factory Could More Than Double in Size 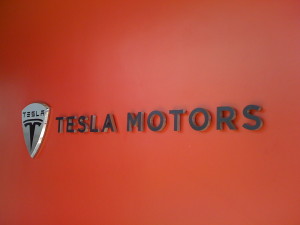 Tesla Motors has bought 1,200 acres of land adjacent to the gigawatt-scale battery plant in Reno, Nevada, triggering speculation that the factory could be more than twice its original size by the time it opens.

The purchase more than doubles Tesla’s acreage on the site, CleanTechnica reports, and the company “is looking to buy another 350 acres.”

Tesla originally planned to build a 10-million-square-foot (929,000-square-metre) facility, but using all the land would expand it to 24 million square feet (2.2 million square metres), enough to give it the widest footprint of any building in the world.

“Elon Musk has said we’ll need hundreds of gigafactories for the inevitable EV revolution, this first gigafactory is on track to start early (still ahead of schedule), this first gigafactory was originally supposed to be produce enough batteries for ~500,000 electric cars a year (by 2020),” but demand for the Tesla Powerwall stationary battery could push demand beyond the gigafactory’s capacity, Shahan enthuses.

“So, yeah, it wouldn’t be too surprising if Tesla decided to jack up its gigafactory construction plans and crush the ‘largest building’ record in the process.”