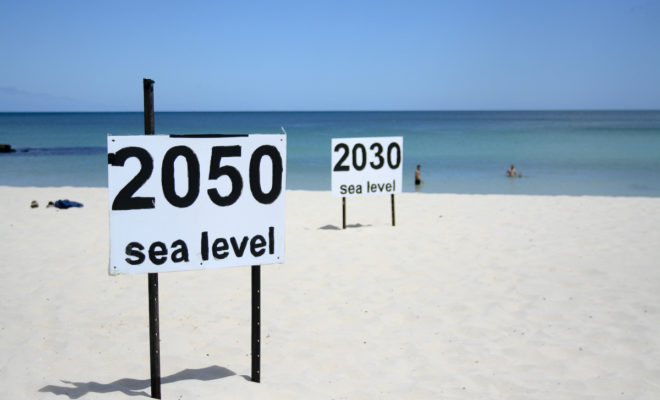 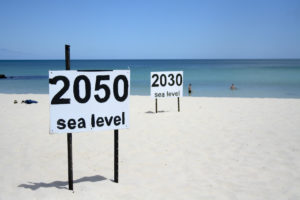 Even with average global warming limited to 2ºC/3.6ºF, sea levels could still rise six metres (20 feet), according to a paper published last week in the journal Science.

“The decisions we make now about where we want to be in 2100 commit us on a pathway where we can’t go back,” said co-author and University of Florida geochemist Andrea Dutton. “Once these ice sheets start to melt, the changes become irreversible.”

The most recent 2ºC projection from the Intergovernmental Panel on Climate Change warns of a one-metre (39-inch) increase in sea levels by the end of the century.

“According to separate research by Climate Central, a 20-foot sea level rise would reshape the U.S. coast [3], causing Louisiana to lose its boot and transforming the Bay Area into the Bays Area by forming a second inland bay. It would also threaten the world’s coastal nations and megacities,” Kahn writes.

“Sea levels have already risen about eight inches compared to pre-industrial times,” he adds. “That rise has helped boost the surge and flooding damage from storms like [Hurricane] Sandy and Typhoon Haiyan, and dramatically increased the occurrence of everyday flooding during high tide in cities from Baltimore to Honolulu.”

Climate Central estimates that at least 150 million people now live on land “that will either be submerged or exposed to chronic flooding by 2100.”