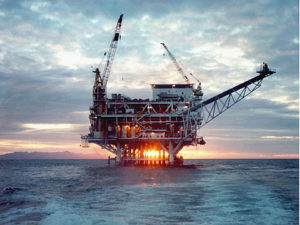 Canada is not fully prepared to respond to an oil spill in the Arctic or in deep water offshore, according to an emergency response plan produced for Fisheries and Oceans Canada (DFO) in 2014.

“To date, there have not been any major spills related to offshore oil exploration in Canada’s Arctic, but should they occur they could pose some challenges for monitoring,” reported Ottawa-based S.L. Ross Environmental Research Ltd. The study, released under Access to Information laws, found there is limited scientific knowledge on unique marine species, and that oil spills at depths of 1,000 metres or more “create unpredictable plumes that can take days to surface,” Canadian Press reports.

“From a monitoring perspective, subsea dispersant injection into these deep, subsea blowouts poses a significant challenge as evidenced by the Gulf of Mexico spill in 2010,” the report states. “The behaviour of these subsea plumes is still poorly understood and will require extensive monitoring.”

A DFO spokesperson said the government is “working to address some of the gaps in response readiness identified in the report,” Bailey writes. But Greenpeace Canada Arctic campaigner Farrah Khan expressed doubts.

“Not a single oil company or government in the world has the expertise to drill in the Arctic safely,” she told CP. “We just have no proven track record that it can be done, and we have every indication that drilling in the Arctic is extremely risky, it’s extremely dangerous, not least because of the unpredictability of ice floes but also because you’re dealing with months of perpetual darkness in the winter.”