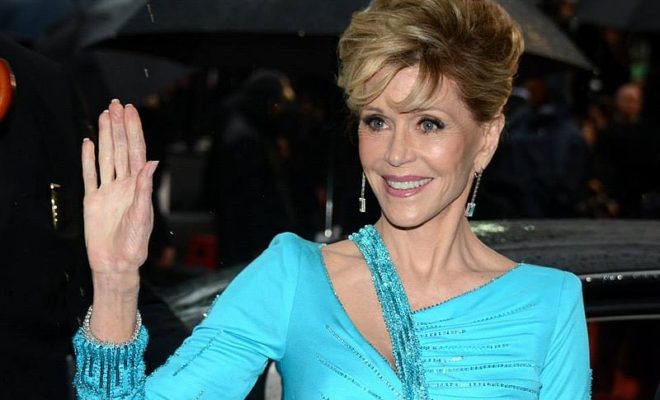 Actor and veteran anti-war activist Jane Fonda was in Vancouver over the weekend for Toast the Coast, a Greenpeace event to raise awareness of the environmental impacts of oil drilling and pipelines.

“The struggle to stop the pipelines joins together with the struggle to prevent drilling in the Arctic,” she told CBC. “You don’t have to live in B.C. to be impacted by that. This is a global problem.”

From Vancouver to her home community of Los Angeles, “people don’t want to see the world they love and grew up in spoiled the way so many other coastlines are being endangered and spoiled,” Fonda said. And “if Alberta’s tar sands are expanded and drilling starts in the Arctic, global warming is not going to be able to be stopped at the 2 C that international climate scientists agree is what has to happen.”

She added that she was “frankly appalled” by the Obama Administration’s decision [2] to permit exploratory oil drilling in the Arctic. “He has children who will have his grandchildren. Does he not realize that this makes it almost impossible for us to slow down global warming? But it’s not too late for him to withdraw the permits.”

Fonda added that, at age 77, she was keen to show “how feisty we old grannies are,” and unafraid to be arrested in opposition to fossil fuel development. “Okay, arrest me. I don’t care,” she said. “What’s good is that I’m a celebrity, so if I get arrested that calls even more attention to what’s going on.”