$24 Per Capita Would Net Alberta Thousands of Energy Efficiency Jobs 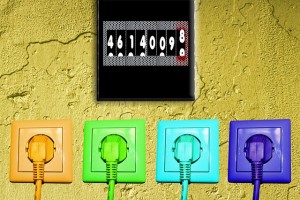 Alberta could create thousands of jobs and reduce greenhouse gas emissions by the equivalent of 800,000 cars by funding the some of the same kinds of energy efficiency programs that exist in every other North American jurisdiction, concludes a recent study by Montreal-based Dunsky Energy Consulting.

“It’s a quick win when it comes to reducing carbon emissions,” said Jesse Row of the Alberta Energy Efficiency Alliance. “Consumers would save up to $460 million a year in lower heating costs and lower electricity bills, cities would get better buildings, and business would save millions,” the Edmonton Journal reports.

A $100-million-per-year program could be funded out of carbon levies the province already collects from major emitters, Row said. The fund has collected $500 million, only about half of which has been allocated.

The Journal notes that British Columbia invests $54 per capita in energy efficiency programs, Saskatchewan $24, and Massachusetts $90. “But Alberta? There is no funding to encourage energy efficiency. It is the only jurisdiction in North America with no such programs.”