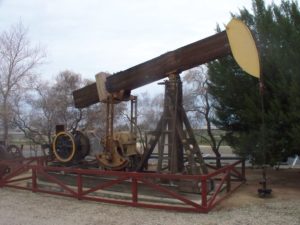 A group of more than 100 scientists and other academics from Canada and the United States are calling for an end to new tar sands/oil sands development and asking to meet with federal politicians to discuss the science behind their recommendation.

“Based on evidence raised across our many disciplines, we offer a unified voice calling for a moratorium on new oil sands projects,” wrote the group, which includes biologists, political scientists, physicists, economists, geographers, at least one Nobel laureate, and several Order of Canada recipients. “No new oil sands or related infrastructure projects should proceed unless consistent with an implemented plan to rapidly reduce carbon pollution, safeguard biodiversity, protect human health, and respect treaty rights.”

The researchers add: “The time has come for scientists to speak out about the magnitude and importance of the oil sands issue and to step forward as participants in an informed and international public dialogue. Working together, we can solve the energy problems before us. It is not too late, but the time to act is now.”

In their 10 arguments for a moratorium, the researchers say continued tar sands/oil sands expansion “is incompatible with limiting climate warming to a level that society can handle without widespread harm,” adding that bitumen mines “should be one of the first fuel sources we avoid using as society moves to non-polluting forms of energy, not the next carbon-intensive source we exploit.”

They point to the lack of environmental protections and baseline data in current tar sands/oil sands production, the impact of contaminants on land, water, and air, and the near-total failure to reclaim lands used in tar sands/oil sands mining, adding that development and transport of bitumen “is inconsistent with the title and rights of many Aboriginal peoples of North America.”

Co-author Marc Jaccard of Simon Fraser University told CBC the group had focused on the tar sands/oil sands primarily because most of them are Canadian. “So of course you try to clean up your own backyard before you start pointing your finger at others,” he said.