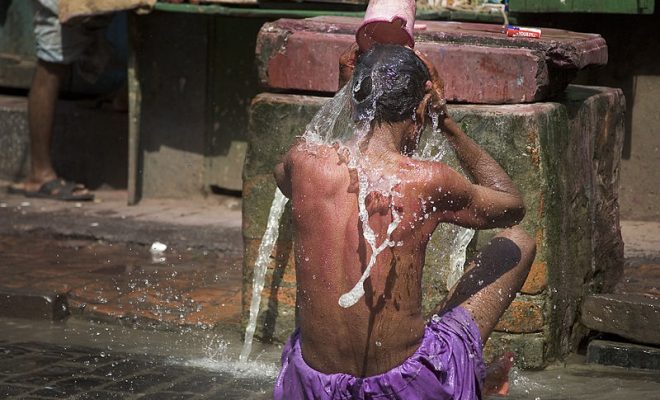 With pavement melting and temperatures approaching 50ºC (122ºF), India is reporting at least 800 deaths in a heat wave that shows no sign of abating.

“Hospitals are on alert to treat victims of heatstroke and authorities advised people to stay indoors with no end in sight to the searing conditions,” AFP reports. “In the worst-hit state of Andhra Pradesh, in the south, 551 people have died in the past week as temperatures hit 47ºC on Monday.” In bordering Telangana state, temperatures of up to 48ºC have killed 231 people in the last week.

“Hundreds of people—mainly from the poorest sections of society—die at the height of summer every year across the country, while tens of thousands suffer power cuts from an overburdened electricity grid,” Nemana writes. “India’s power industry has long struggled to meet rapidly rising demand in Asia’s third largest economy, with poorly maintained transmission lines and overloaded grids.”