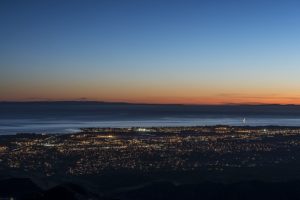 The pipeline rupture last week that fouled more than four miles of Santa Barbara, California coastline is a cautionary tale, pointing to the lax leak detection and response that would await diluted bitumen flowing into the U.S. through the Keystone XL pipeline, NRDC’s Anthony Swift writes on The Energy Collective.

When the 21,000-gallon crude oil spill occurred, pipeline operator Plains All American’s leak detection system failed—as the industry’s systems do with 19 out of 20 pipeline failures, including four out of five spills larger than 40,000 gallons. A member of the public called the incident in around noon May 19, but the Los Angeles Times reported the line wasn’t shut down until 3:00 PM.

“Meanwhile, the ruptured pipeline was sending crude oil into the Pacific Ocean,” Swift writes. “While this delay is certainly unacceptable, it is not unprecedented. When Enbridge’s pipeline spilled 830,000 gallons of tar sands into Michigan’s Kalamazoo River, it took the company 12 hours to shut the pipeline down.”

Once a clean-up finally gets under way, “the tools available to spill responders today haven’t changed for decades,” he adds. “Weaknesses in marine oil spill response plans and techniques occur against a backdrop of proposals to increase crude oil produced from and moved through ocean waters. This problem will only be compounded as industry works to increase the transport of tar sands oil in marine waterways—as tar sands bitumen is heavier than water, evading conventional spill response measures that rely on oil to float.”