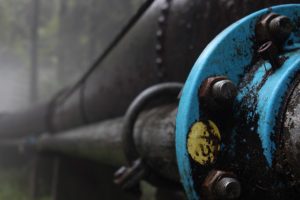 U.S. regulators are investigating a “culture of non-compliance” at TransCanada, the proponent of the Keystone XL and Energy East pipelines, alleging “multiple non-compliance issues” that “raise questions about the integrity of the completed segments in TransCanada’s Keystone pipeline network,” DeSmog Blog reports.

He described holding shares in TransCanada as “roulette table investing.”

The compliance issues had to do with welding procedures and installation practices on the southern leg of the Keystone line, now called the Gulf Coast Pipeline, and on TransCanada’s Keystone 1 pipeline from Hardisty, Alberta to Steele City, Nebraska. “The Keystone 1 pipeline had over a dozen spills in its first two years of operation,” DeSmog reports. “TransCanada temporarily shut down the pipeline when areas of extreme external corrosion were detected in October 2012.”

The company says it has addressed all issues raised by the U.S. Pipeline Hazardous Materials Safety Administration, and didn’t disclose the investigation to investors until Vokes questioned CEO Russ Girling at a shareholders’ meeting.

“The results of these investigations could play a part in President Obama’s final decision on the Keystone XL permit that TransCanada needs to complete its Keystone pipeline network,” Dermansky writes. “According to the State Department’s website, one of the factors the KXL presidential permit review process focuses on is compliance with relevant federal regulations.”