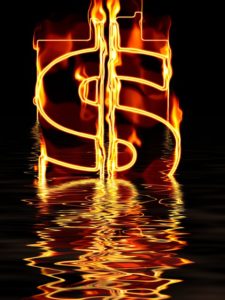 That’s the total subsidy that fossil fuels receive, for a total of $5.3 trillion per year, according to a new calculation by the International Monetary Fund. And at least one noted analyst says the total could be even higher.

“The IMF calls the revelation ‘shocking’ and says the figure is an ‘extremely robust’ estimate of the true cost of fossil fuels,” The Guardian reports. The total exceeds global health spending, and “is largely due to polluters not paying the costs imposed on governments by the burning of coal, oil, and gas. These include the harm caused to local populations by air pollution as well as to people across the globe affected by the floods, droughts, and storms being driven by climate change.”

On The Energy Collective yesterday, Greentech Media’s Katherine Tweed noted that the calculation “is more than double the IMF’s own post-tax subsidy analysis just a few years ago,” and equates to more than 6% of global GDP. Past analysis has suggested it would cost about 1% of GDP through 2050 reduce greenhouse gas emissions 80% from 1990 levels.

“This very important analysis shatters the myth that fossil fuels are cheap by showing just how huge their real costs are,” eminent UK climate analyst Lord Nicholas Stern said of the IMF report. “There is no justification for these enormous subsidies for fossil fuels, which distort markets and damage economies, particularly in poorer countries.”

He add that “a more complete estimate of the costs due to climate change would show the implicit subsidies for fossil fuels are much bigger even than this report suggests.”