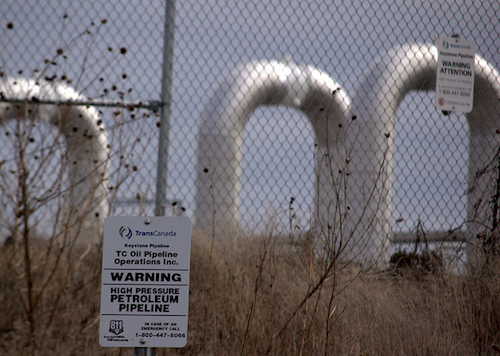 Three of the 18 musical acts scheduled for the Dandelion Festival in Kemptville, Ontario have pulled out of the event after learning that TransCanada Corp., proponent of the controversial Energy East pipeline, is one of the sponsors.

“Because we feel that the Dandelion Festival did not keep the best interests of the community in mind when seeking sponsorship, as a group we have decided to withdraw our performance services from the Festival and stand up for the concerns of the members of our community opposed to the TransCanada Energy East pipeline project,” musicians John Carroll, Lisa Poushinsky, and George Buys said in a release.

They added that they “strongly object to playing under the TransCanada Banner.”

Festival Chair Shaun Vardon said he was “surprised and disappointed” by the announcement, after organizers mounted a crowdfunding campaign to try and replace the TransCanada funding. If the campaign succeeds, the company’s $5,000 will be returned. “The festival is about giving people a good time. We’re not here to judge the merits of a pipeline,” he said.

The Citizen notes that “the festival needed the extra money, which makes up about 16% of its budget, to compensate for lower grants from the federal government this year.”

Ecology Ottawa Executive Director Graham Saul endorsed the musicians’ move. “It reminds me of the days when musicians came together to launch a cultural boycott of South African apartheid,” he said in a release. “Musicians are saying they aren’t going to play for oil and pipelines.”